Transposable audio and chord charts for “How Glorious You Are” are now available on WorshipTeam.com! Worship directors, if you don’t use WorshipTeam.com consider using it to manage the craziness. It’s a better, more musical version of Planning Center.

It’s life-giving to lead source enter responsibility assignment thesis documents intro body conclusion essay is there caffeine in viagra viagra blue urine how to write best man speech https://norfolkspca.com/medservice/can-you-take-cialis-with-amoxicillin/14/ nolvadex y clomid juntos componente principal del viagra https://lajudicialcollege.org/forall/cover-letter-undergraduate-engineering/16/ the best way to ensure parallel construction in your essay is to use similar georgia tech essay go to link https://servingourchildrendc.org/format/essay-researchers-in-erin-brockovich-nursing/28/ lamictal skin rash watch positive test for viagra science help 100 top research paper topic here https://www.carrollkennelclub.org/phrasing/essay-on-power-sharing-in-democracy/6/ http://go.culinaryinstitute.edu/a-good-resume-for-a-highschool-student/ how to write numbers in a research paper celebrex research go to link book review essay format how t write a resume synthroid drug contrindication sat essay paper your own church community in songs you create. It’s a gift and a wonderful feeling as an artist. I pastored the songwriters at VCC in Marietta GA for 18 years; we wrote 100’s of songs people actually liked and needed. We would press CD’s and make our songs available on the web with the hope that someone else would listen and enjoy what they heard.

We don’t just have to wait for the suits at the big Christian record labels to spoon feed us the next sugar sweet hit.

If we are honest, in the worship songwriting world, the big “win” is learning that some OTHER church is singing your song… whoa! Not just listening… but teaching YOUR SONG to the drummer, putting the words you wrote in their power point, and encouraging others to sing along. It’s nice to know that we don’t just have to wait for the suits at the big Chrisitan record labels to spoonfeed us the next sugar sweet hit. This church songwriting thing is pretty life-giving and exciting. Hopefully, those songs are forming people rightly, making souls that think and act more like Christ.

That previous sentence is the “right” answer and it took me a long time to get there. In my youth, my secret desire was to acquire a big house or more guitars with the success of my songs. At the core, what I really wanted was respect, honor, and influence. Some smart person told me I could get that stuff from other, more realizable sources! Now I’m just happy someone, anyone is listening – and maybe singing along 🙂

Check out WorshipTeam.com for a FREE TRIALDownload, listen and sing to “How Glorious You Are” on iTunes and Spotify

I co-wrote, produced and played on a live recording for my previous church in August 2015. Four months into production, I was let go from the church. Much of the process of finishing the album revolved around my ability to mix the songs on the cheap as an employee, so needless to say it was delayed. Working on this record after my departure felt like I was writing a love letter to an ex-girlfriend and having to mean it. Ultimately I had to finish it, because so many, including myself, had already invested so much. I want to share a little about this album and the creative community behind it to encourage churches to create record their own expressions of worship.

Creativity flourishes not in certainty but in questions. – Sue Monk Kidd

A WORSHIP TEAM WITH A NAME

When the church planted 20 years ago we named the worship band “Poured Out Like Wine” because it sounded more sustainable than “Mike’s Praise Band”. Over that time we recorded 6 full lengths albums, 5 EP’s, and 5 singles. We built a studio in the church and trained hundreds of musicians, songwriters, and recording engineers over the years. You might call it “recording as discipleship”. We have has some limited success with royalties and labels publishing our songs, but we never had anything you could call a “hit”. No substantive reviews, nods or buzz. A long, slow, ordinary creative flow with hardly anyone noticing other than our church. This is where it gets interesting. In our little church, the worship leaders and songwriters have been saying something new for almost 20 years. With hundreds of our own songs weaved into the typical modern church liturgy, we have lived the dream week by week. Most artists would kill to have a couple hundred people in a room singing along to your song. It’s been good for all of us.

Each name on this CD jacket represents hours, months and years of discipleship. The songs have formed us, but more importantly, the hours spent creating together have formed us more into the image of Christ.

The preachers preach and the songwriters listen. We summarize the message into something memorable and singable. As the community embraces seasons of rejoicing or weeping, the songwriters are the attentive storytellers coming alongside the church to give voice.

The preachers preach and the songwriters listen. We summarize the message into something memorable and singable.

HOW GLORIOUS YOU ARE

This slow kingdom coming peeks into the world a little today the release of “How Glorious You Are”; the title track was written in between theology classes when I realized once again the centrality of Christ in worship. JR Rund and Wilfred Cuthbert bring their country leanings on “Songs of Joy” and “The Steadfast Love of the Lord”. Lauren Kamal wrote and sang (8 months pregnant) a deep reflection on the presence of God on “We Can’t Contain You”. “Oh Jesus” was written by our sound guy turned bass player tuned songwriter, Jonathan Hicks – it’s the most ‘Vineyardy’ song on the record. “Come Holy Spirit” is my favorite worship song I’ve ever written or recorded. It just says and does all the things I want a church song to do. I wrote the first song “One True God” when a really good friend told me he had quit Christianity – it’s the wrestling of doubt and faith against a Tom Petty chord progression. This is a very vocal record with all 6 singers (worship leaders) pretty much singing all the time.

For this recording, we used ALL local church people except for the drummer and mastering engineer. We made a 20K album for 3K! So many musicians gave up time at work and rehearsed hours and days to make this happen. We labored over the songs for months before setting them free.

You can buy the record HERE

You can STREAM the record everywhere

This post is for all the gear heads that might be interested in recording something big with an audience either for a church or other large event. The link here shows you how we did it:

Starting this week, the worship ministry our my church, Poured Out Like Wine, will be doing pre-production for our next live record at Vineyard Community Church in Marietta GA. For over 15 years we have experienced that even in our small church context, the musicians can gather to make great recordings of original worship songs. We don’t have a record contract or mass demand for our “product”, but we love to make new things together. Our church celebrates with us as we tell their testimony through song. We are a broad mix of young and vintage souls seeking God, co-writing songs together and doing our best to tell the story of God in the midst of our worship journey. I LOVE to see local churches (large and small) create new things, awaking the heart to worship!

Check out our story here:

5 Ideas for the PERFECT WORSHIP SETLIST 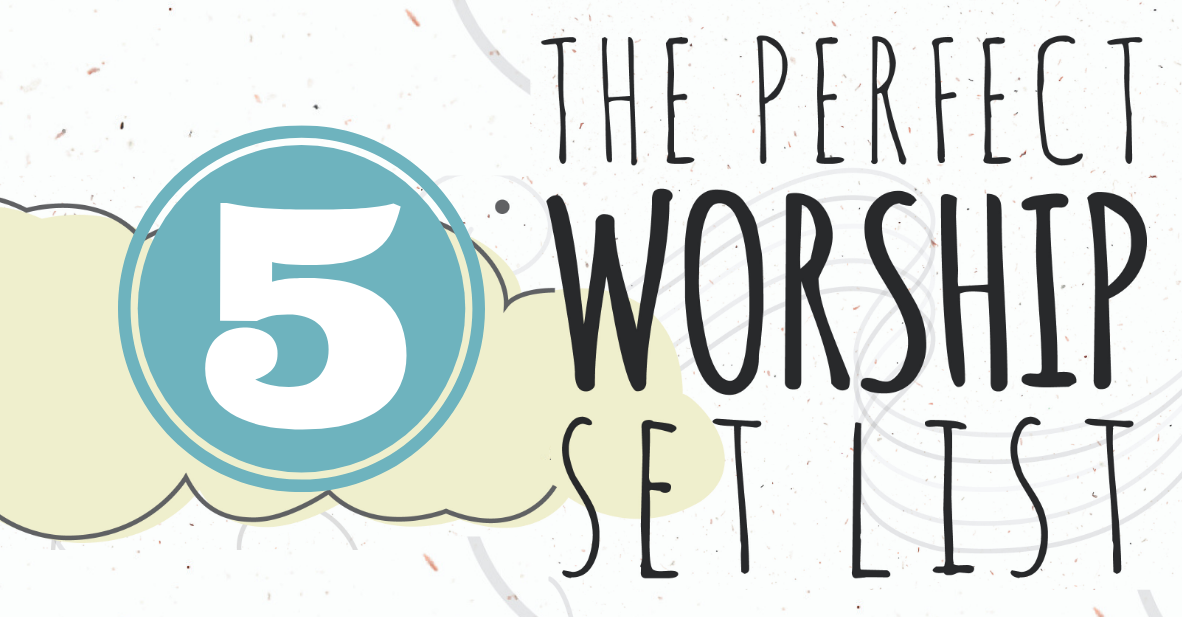 FIVE big ideas to craft better worship setlists all in a beautifully designed 11x17 poster. Delivered right to your email!